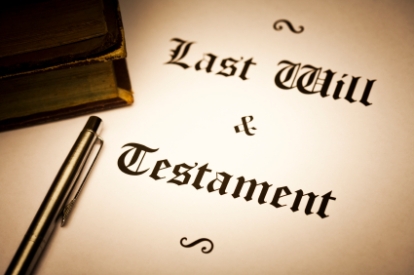 Not everything on my list is “fun.” A few items on the 30×30 list actually weren’t enjoyable at all. Like creating a will/living trust and paying off my credit cards and bachelor loans. Yucka yucka. Skydiving and swimming with dolphins are way more exciting, why would I put things on the list that I really didn’t want to do? Because the benefit of doing them far outweighs the yucka feelings that go with them. That’s called growth.

I remember sitting in the lawyer’s office practically in tears as I had to sign paperwork and make decisions having to do with my death. Depressing doesn’t even begin to describe it. Who really wants to think about death, let alone their own death? There I was, a twenty-something planning my own funeral arrangements and last wishes. It felt so unnatural. Why was I doing this? It wasn’t like I had a lot of assets at such a young age. Because I loved my family enough to fight through the hard stuff in order for them not to have to later on. If I didn’t choose to be the big girl now and deal with the ugly, it would hurt those I love later on. This was no one else’s responsibility but my own.  I could choose to tackle it or I could choose to procrastinate and avoid it. By putting those items on the list I forced myself to face them.

There were side effects to the 30×30 list and what I put on it. As the 30×30 list became a bigger and bigger part of my life, I noticed the effects went far beyond just me. When I sent my own documents to my family, it forced them to look at some of the tough stuff they’d been avoiding too. My parents, who hadn’t adjusted their will since my sister and I were toddlers, finally updated their documents too. (It was really funny to be in my mid-twenties and still being willed off to my eighty-something grandma should anything happen.) It’s not the kind of thing you think about on a daily basis. It’s not the kind of thing you want to think about at all. But just like eating veggies, it’s good for you and makes you stronger. You have to train yourself to be able to handle the tough stuff. The consequences of avoidance and not doing so are far more painful than the temporary discomfort of going through it.

These are the type of items I call the “non-sexy” items. Skydiving and dolphins–exiting, fun and sexy. Death and wills–definitely not sexy. Running a marathon and crossing the finish line–sexy. Going to 6:30am Saturday practices and choking down Gu packets, not sexy. At all.  But if there’s going to be balance and there’s going to be growth and health, there’s going to be both. There’s freedom in tackling the tough stuff. Who doesn’t want to feel freedom? Unfortunately, freedom isn’t free. We have to be willing to pay the price to get it.

More than anything, it’s my list and I am in control of it.  At the end of the day I will be better for it if I recognize and face the tough stuff head on. And when I do…it’s okay to celebrate! And who knows? Maybe there will be good side effects and it’ll help someone else out along the way.

QUOTABLE QUOTES FROM PEOPLE MUCH SMARTER THAN I: